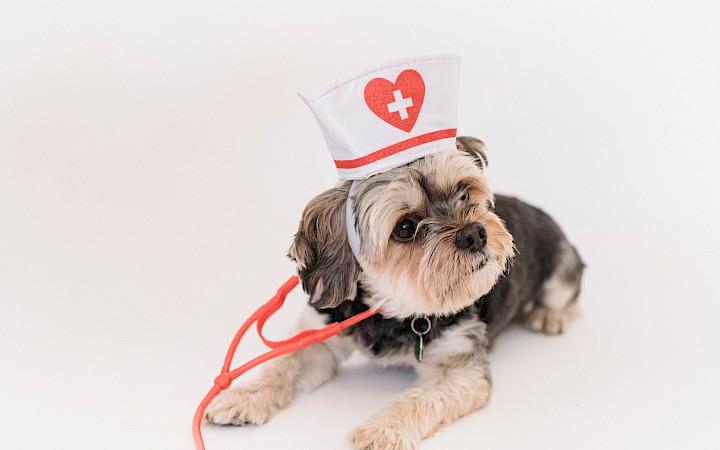 No one knows your dog like you do. No one. You spend countless hours a day with him or her, watching how he moves, his funny little habits, and countless other details. So therefore YOU are best placed to know if there is something wrong with your dog.

Has your dog stopped wanting to go up stairs or get on the couch? Does she not show much interest playing with a ball or toy like she used to? Has her appetite changed? Has he started to pant more, or be restless at night? These are all hugely important clues about what is going on inside your dog, and if you observe any change in your dog’s behavior, you really should take him to the vet.

I will tell you a story from my personal experience. When my dog Gunny was about three years old, one of our housemates left for vacation and about the same time, Gunny stopped finishing his bowl of food – an unheard of occurrence. He didn’t stop eating all together, but he just didn’t seem himself for several days. I assumed he was just bummed because one of us was gone. Until. I walked out of my bedroom one morning and saw a giant dead rat on the stairs. Something in my head clicked: I have a dead rat and a dog that is not eating. I wonder if they are related?

We went to the vet and I told him about the rat. Sure enough, Gunny was not clotting properly and at risk of internal bleeding. He had not eaten a lot of poison they were sure, but enough to cause a problem. So, he was treated promptly and recovered. I went to the apartment complex office and asked if they had put down rat poison and they confirmed that they had put out the boxes of poison on the grounds! They had not informed the residents and took no responsibility. Had it not been for that dead rat, I might have lost my dog because I wasn’t really taking seriously the signs he was giving me through a change in eating behavior.

Things like that happened many more times – some were subtle changes and some were big ones. Some I acted on promptly and in some cases, I just got lucky. But over time I learned and took my observations to heart, and took no chances.

You do not have to be a vet to know when there is something wrong with your dog. You are his guardian. He is counting on you. Listen to him when he communicates through his behavior and don’t delay seeking medical attention when you observe a change. You will never regret acting, only not acting in time.