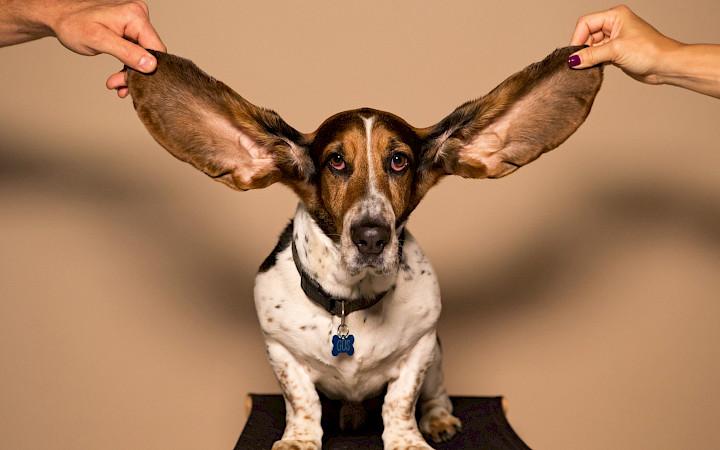 A few weeks ago, I wrote about the physical and communication aspects of dog tails. Today, I thought it would be fun to explore dog ears.

I must confess that the soft floppy ears of Labrador retrievers are one of my favorite things about them. A 14-year old Lab can look like a puppy when he perks up his ears, cocks his head, and stares lovingly at a cookie. Like tails, dog ears have their own tale to tell.

All our body parts have a function, and dogs’ bodies are no different! No matter how quietly you say. “time for walkies,” chances are your dog is going to hear you!