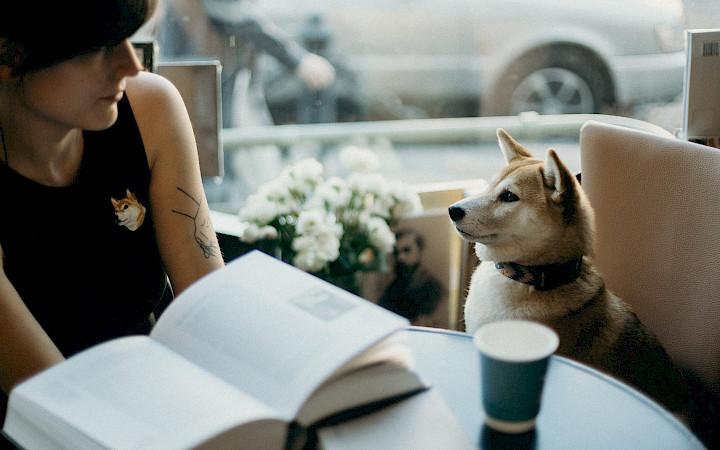 If they can’t, then why are you talking to yours all day? Ha ha ha ha. Seriously, what do you believe about dogs? Do you think they understand spoken word? Do you think they can communicate through thought? Or only body language?

Do you think like Coco the famous gorilla, they can be taught human language and communicate using that with the help of technology? What do all those barks, grunts, howls, and different vocalizations mean? Are those sounds only for only for other dogs? Do you think that what YOU believe impacts what your dog can achieve?

I have often heard it said that mature dogs have the intelligence or capacity of a toddler. No offense to toddlers, but I think that underestimates a dog’s capabilities by a long shot. They are an incredibly successful species. They have been studying humans for longer than we have been studying them because we have become necessary for their survival – you pay a lot of attention to the being that feeds you and figure out how to keep that food coming! More and more, we are becoming interdependent species. I know for sure I wouldn’t have survived COVID lockdown even a fraction as well without Beau. Personally, I think we have impacted dogs’ development and they have impacted ours. What better species to teach you empathy, after all?

I do not have all the answers, but I think it is great that we are asking the questions. Scientists used to think that the species most valuable to study were primates because they are genetically almost identical to humans. But they are now realizing that the species that knows us best is the canine, and that their ability to communicate with us is extraordinary! If you live with a dog, you didn’t need a scientist to tell you that! There are now several universities conducting studies in canine cognition and they are uncovering some fascinating information about man’s best friend. I will be sharing that with you this week!

For the next week, I want to challenge whatever you already think about dogs. Maybe they are the world’s greatest con artists. Maybe we just make stuff up about what they do because it makes us feel better, makes us feel like they love us. Maybe they have abilities that exceed anything you can imagine. Maybe they are in fact superior to humans in many ways, even though they don’t have opposable thumbs.

If you have read The Endless Path, you know that my beloved Gunny opened up an entire new reality to me in terms of what dogs think and what they are capable of. What he wanted more than anything was for animals to know that they have a voice, and for the humans in their lives to listen to them. We all want to be heard and understood, right? Why would dogs be any different?

For this week, really let go of what you have been taught to think is possible and impossible. Pay special to attention to your dog and her efforts to communicate with you. I don’t know what you will ultimately decide, but I am willing to bet that whatever it is, your relationship with your dog will blossom when you make the effort to understand what she is saying, however she chooses to say it. And you will make Gunny a very happy guy.